Joined Sep 16, 2020
Founder, Codemap.io
Zagreb, Croatia
Sasa Janicijevic
Founder, Codemap.io
Hi Makers,
With the volume of freelance work growing in the no-code community, over the past months we’ve been working to build a freelance & agency marketplace designed only for no-code makers and experts, with a specific focus on Bubble among other tools. In our own no-code agency experience, we’re seeing issues with finding no-code projects in one place and not lost under thousands of job posts for traditional dev work. Also, being able to manage client requests from the first point of contact, through the proposal stage, and over to kicking-off and delivering projects seems to be somewhat inefficient - with many interesting no-code communities around, things are still mostly done via email and in the back end when it comes to proposals, project work, and hiring.
With the above being said, we built Codemap.io where you can find various types of no-code projects, send proposals or get direct requests, chat with clients, and get hired - all within your own dashboard. The app is entirely free for freelancers and agencies, so you keep 100% of your earnings as opposed to traditional freelance platforms. In addition to not being specialized for no-code, we’ve also noticed a price-erosion effect due to bidding with sites like Upwork and Freelancer - on Codemap.io, clients set hourly rates and fixed budgets but there is no bidding to drive your own pricing down - while you still may want to offer a lower rate in direct negotiations with clients, we want to put focus on no-code skills and the overall quality of work rather than who the lowest bidder is.
We are officially launching in about 10 days, but we’ve already opened the platform for signups and registrations, so it’s not a waitlist. Once you’ve registered, we’ll review your profile and let you know about access right after we launch. The idea is to onboard freelancers & agencies onto the marketplace in phases, matching the client/ demand side as much as possible. If you’d like to be listed as “available for new projects” as soon as we launch, you can apply now at https://codemap.io/landing_talent. It would be awesome to have you in the Codemap community and also get your thoughts and feedback on the app - we have a lot of features in our roadmap, many of which we are already working on for subsequent releases to come in the next month/ s.

The app was built entirely on Bubble ;)

Cheers and all the best,
Sasa 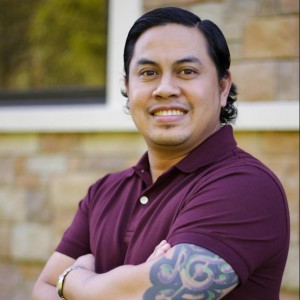